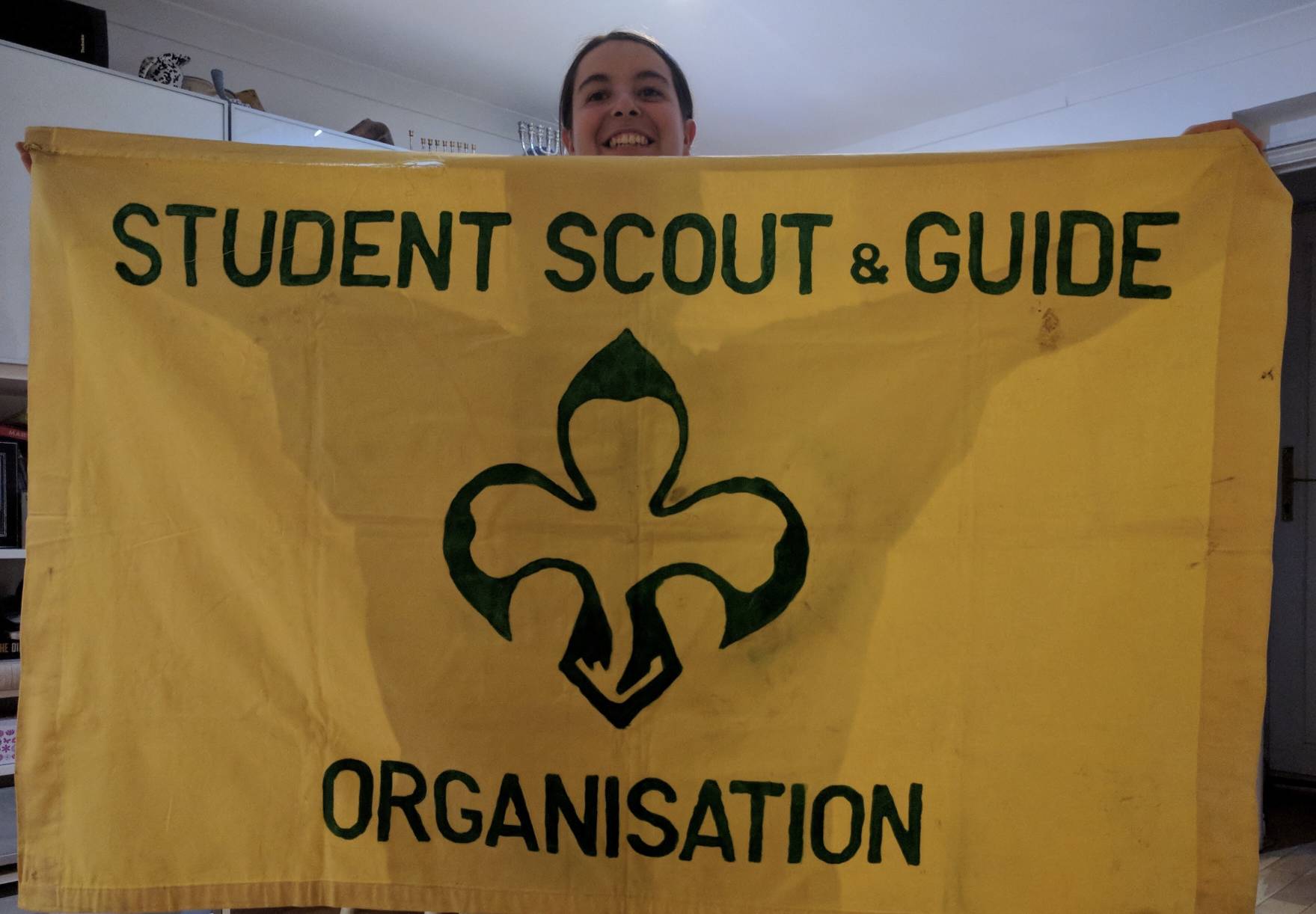 Larah was awarded Honorary SSAGO Membership for her exceptional work as the inaugural SSAGO Archivist from 2017-2021.

As part of the 2021 AGM, The SSAGO Exec were delighted to award a lifetime membership to Larah Korrison who has been SSAGO's Archivist for four years and an outstanding Team Pink Member. Honorary Lifetime Membership can be awarded at the Exec's discretion to SSAGO members who have gone above and beyond.

Prior to her selection as the Archivist in 2017, Larah was UWE Chair in 2015/2016 and played a role in the delivery of Feb-U-Rally in February 2016. Larah played a large part in establishing UWE as a club and for them to be running a rally so shortly after being set-up is a wonderful achievement. Whilst she completed her masters degree at Aber, she helped them catalogue and deposit their archive and chaired the Aber 15th Birthday camp in 2019.

Nevertheless, Larah has shown exceptional service to SSAGO ever since she was selected as the inaugural SSAGO Archivist back in 2017. As this was a new role at the time it was up to her to make it her own and she has done an astounding job ever since.

SSAGO has a long history but prior to 2017 it was unorganised and underappreciated. To quote Larah: “the archive was just an empty folder with 1 document of ideas”. Whilst there are physical archives at Gilwell, many items were passed between Execs and subsequently were not treated with the level of professionalism that they deserved. However Larah immediately took to the role and began to sort through these items and store them properly. This has been something that she has continued to do ever since and as a result she is now in the possession of a collection of older SSAGO documents that will be properly preserved for future SSAGO members. One of the most significant preservation achievements was the restoration of the Kudu bird which Larah spear-headed and pushed through Reps.

However the early defining moment for Larah was her activities at the SSAGO 50th Anniversary Reunion. She recognised that this was an exclusive opportunity to both educate members and investigate the stories of members past. The SSAGO museum was one of the best parts of the weekend and considerable work was put in to produce a coherent timeline display for members to follow. There was also an extensive collection of photographs and memorabilia on display which she gathered through co-ordinating with older members prior to the event. Yet she also had time to archive some of the stories from previous members and produced 7 video interviews that are available online. These are of important historical value as they provide a rare first hand testimony as to what SSAGO has been like over the past half a century. 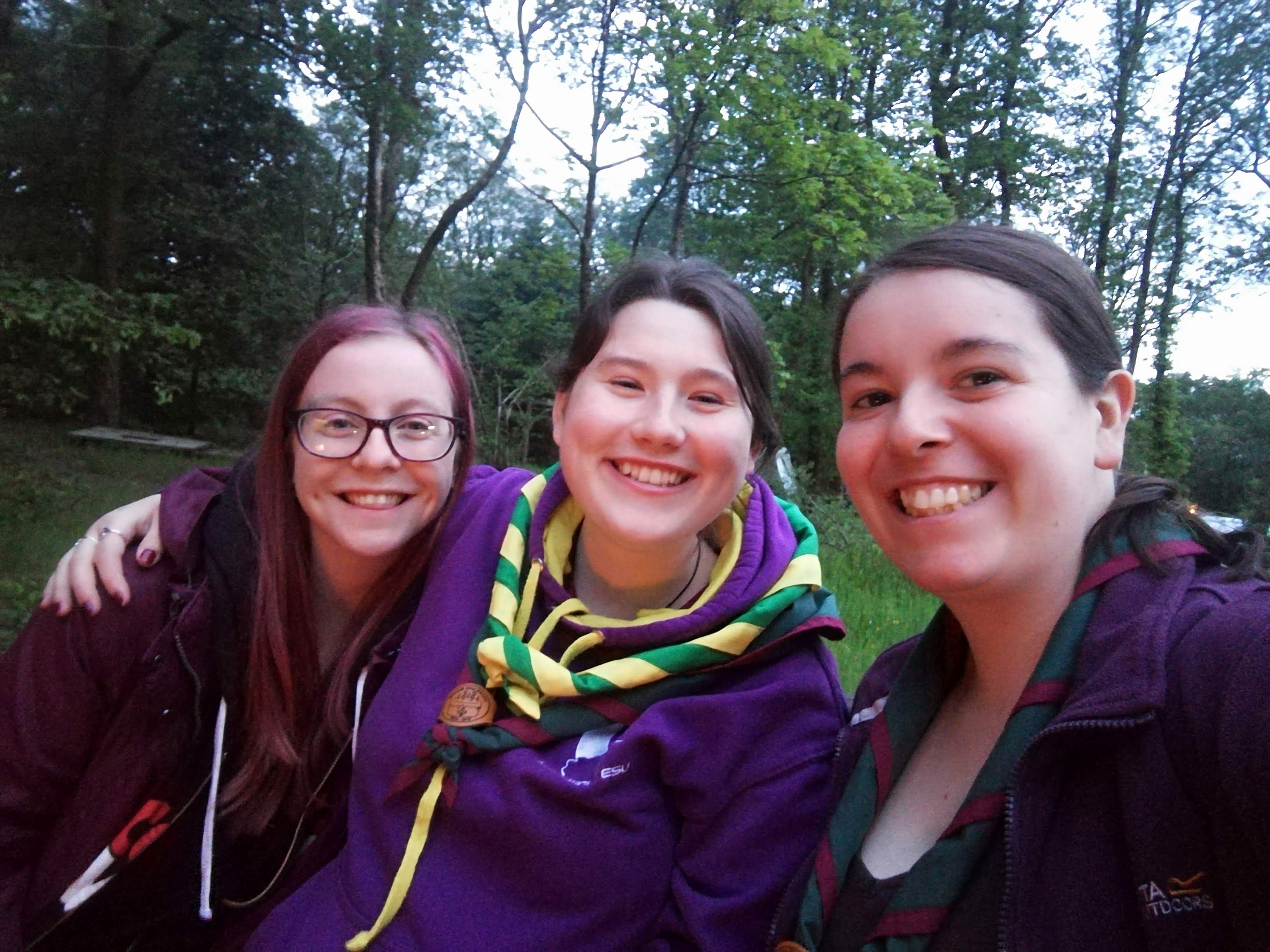 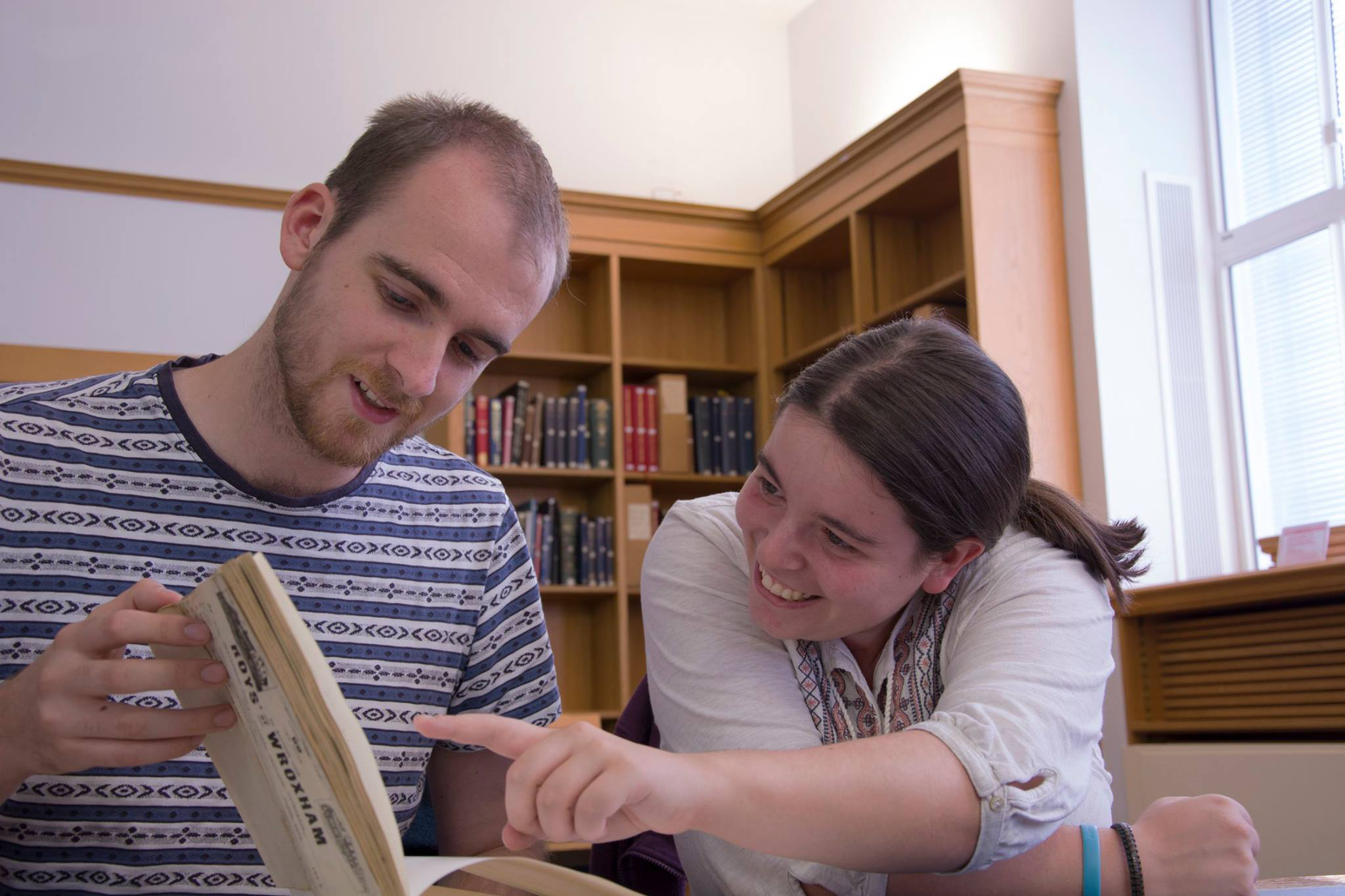 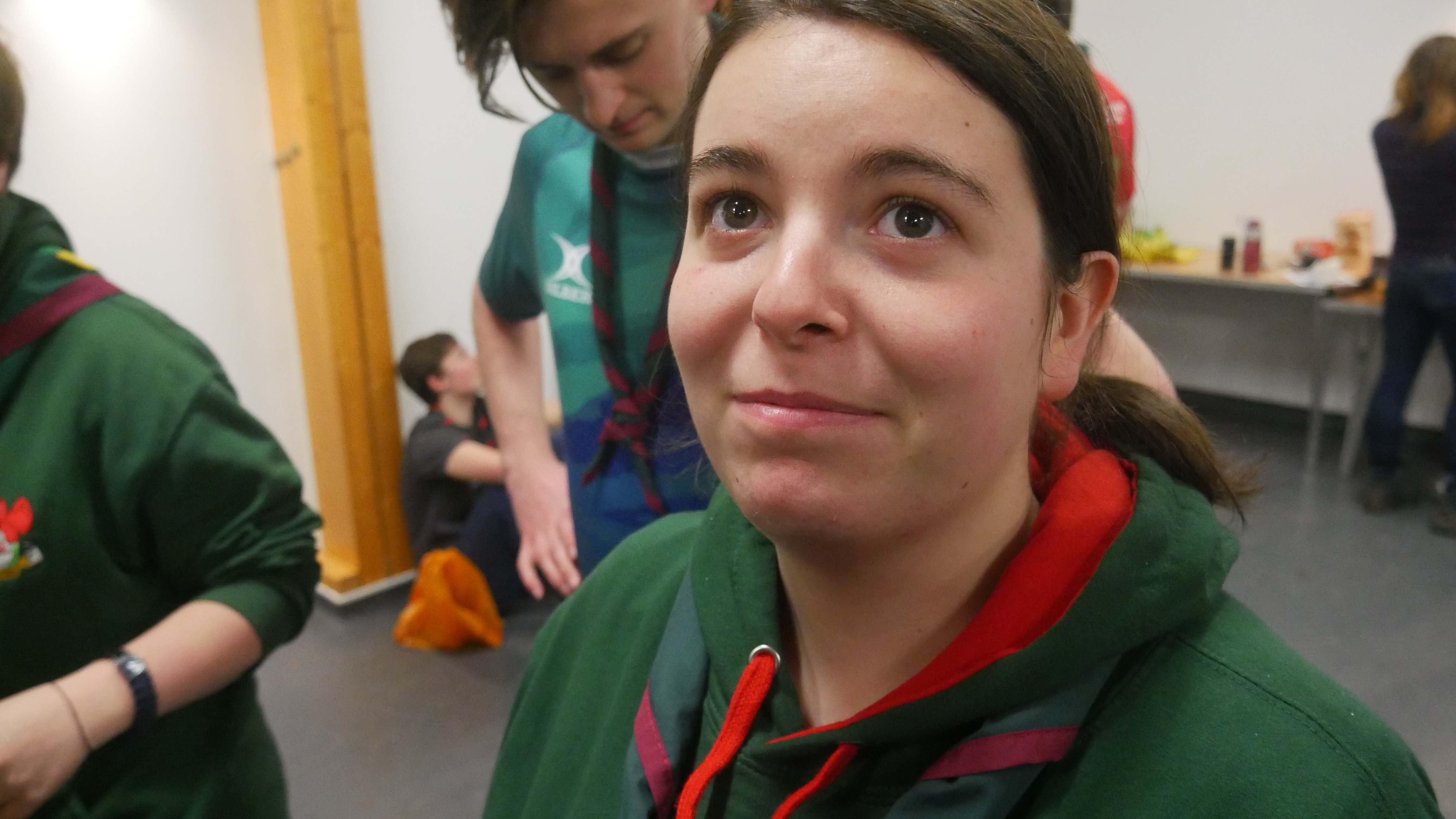 Larah has also gone to great lengths to encourage participation within the Archive Team. She has been involved in several visits to clubs physical archives across the country where members can go to learn more about the club that they belong to. Examples include trips to Cambridge, Bristol and Birmingham. She has also visited the physical archives at Gilwell to catalogue some of the items. She also ran a successful Archive weekend where lots of exciting archiving got done! There was another planned until a certain thing happened last year…

Of course there is no point in having an archive if nobody can access it. Larah has successfully brought SSAGO’s history into the present for a number of years. She has dug up interesting content for social media and has put considerable time in to the online digital repository. Hundreds of pages of documents have been digitised in to the SSAGO drives and many of them are now on the SSAGO website for anybody to view – want to read the Exec minutes from 1993? Now you can! During the first Lockdown she was providing interesting and exciting stories for people to read on Discord which further sparked clubs to start their own archives as well as an excellent ‘Witan Through The Ages Webinar’.

Larah has also been an outstanding member of Team Pink over the years. She has offered thoughtful, sensible and mature advice to many Execs and has played an important role in Exec continuity. She has been helpful in areas outside her remit, having helped produce some publicity content and attended Support events. She’s also put in a lot of work behind the scenes relating to record management, an important part of running the organisation that is often over looked.

None of these things even include the general ‘day-to-day’ tasks that Larah has done for almost four years, motivated entirely on her love for SSAGO. All the meetings, emails, file depositing and digitising, outreach, writing news articles, sharing tips with people on the archive team, browsing the internet for SSAGO badges, liaising with SSAGO memorabilia collectors, liaising with Gilwell, the list goes on!

There are very few people in SSAGO who have been as committed to their roles as Larah. If she hadn’t taken the opportunity to establish the Archivist role then SSAGO’s preservation and history would be in a much weaker place. It’s evident that she has always cared significantly about her work, and like in any role has had to overcome many hurdles when trying to bring her projects to fruition. However Larah’s determination means she always pulls through when others might have given up. Larah is the definition of Exceptional Service and is fully deserving of this high level of recognition now that her time in SSAGO is drawing to a close.

The National Exec would like to thank Larah for all her hard work and wish her the best of luck in all her future endeavours. 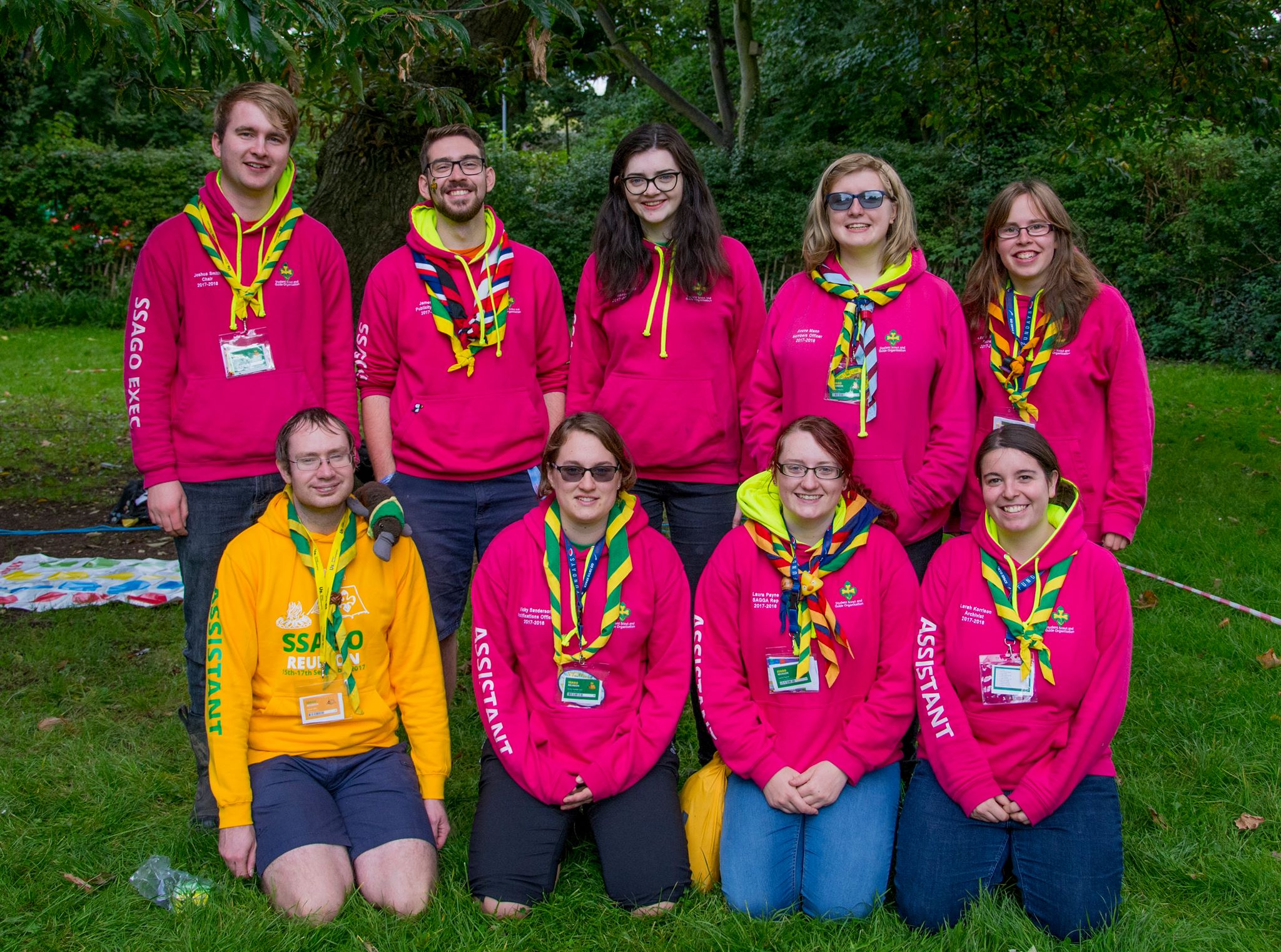 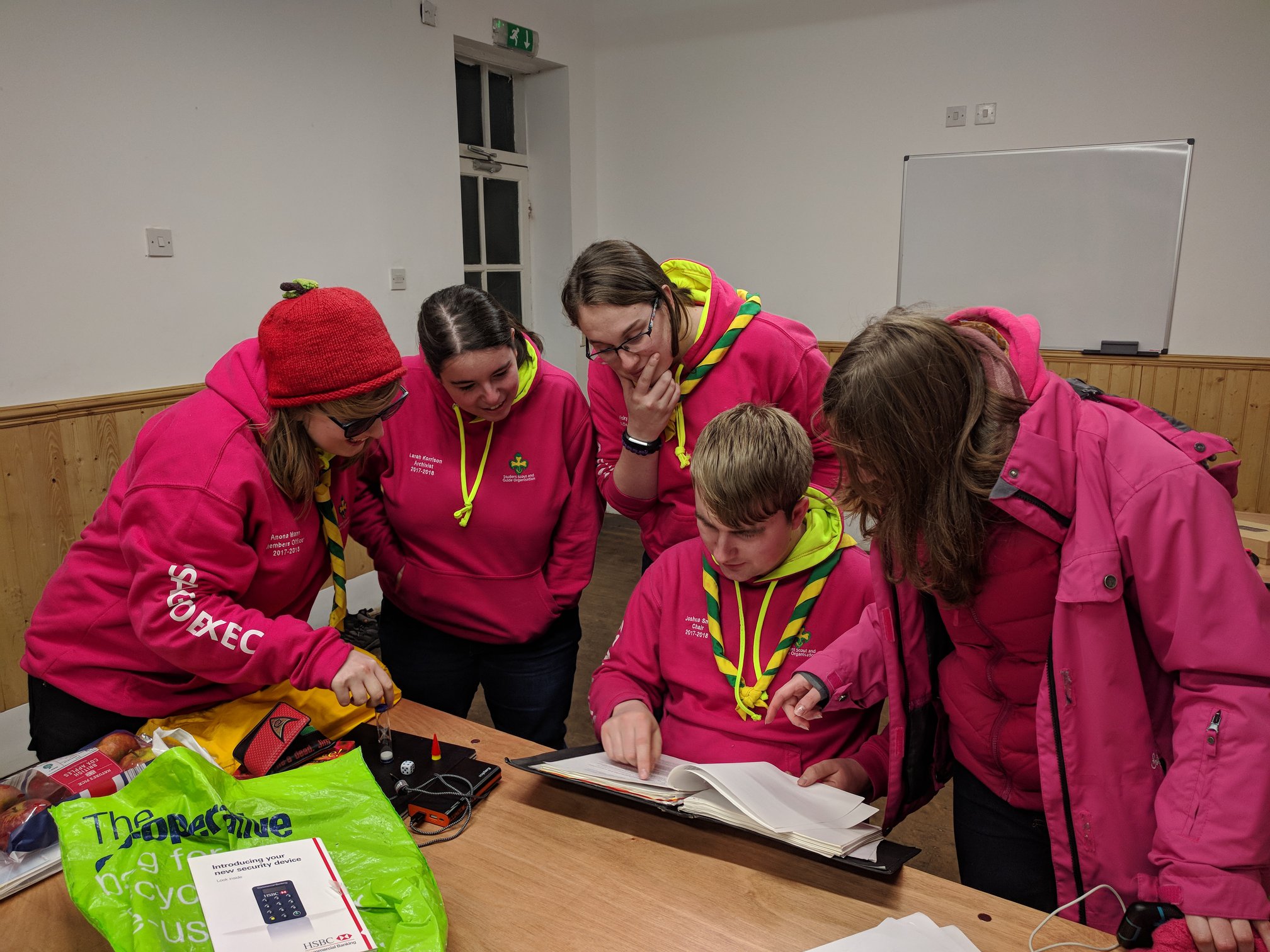 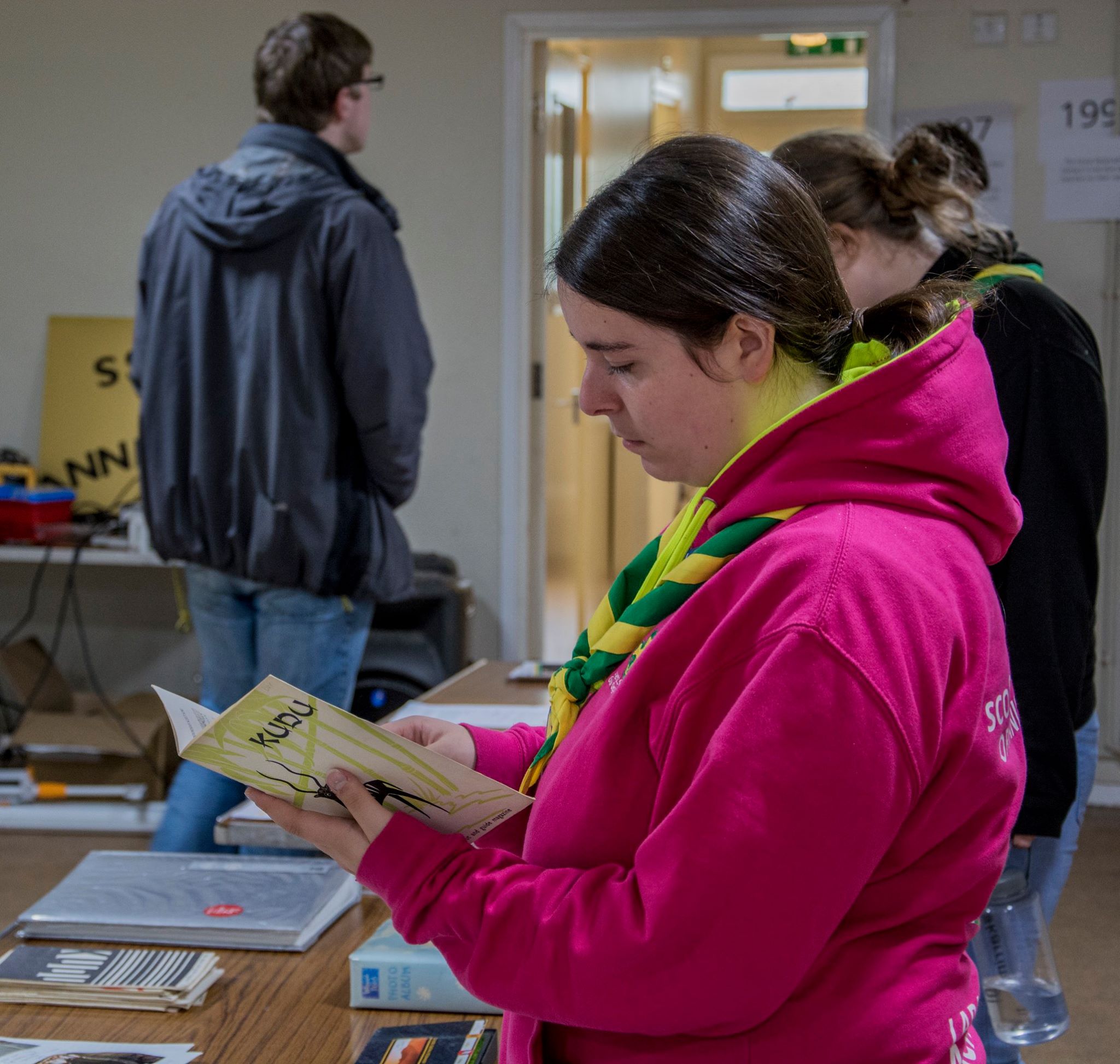